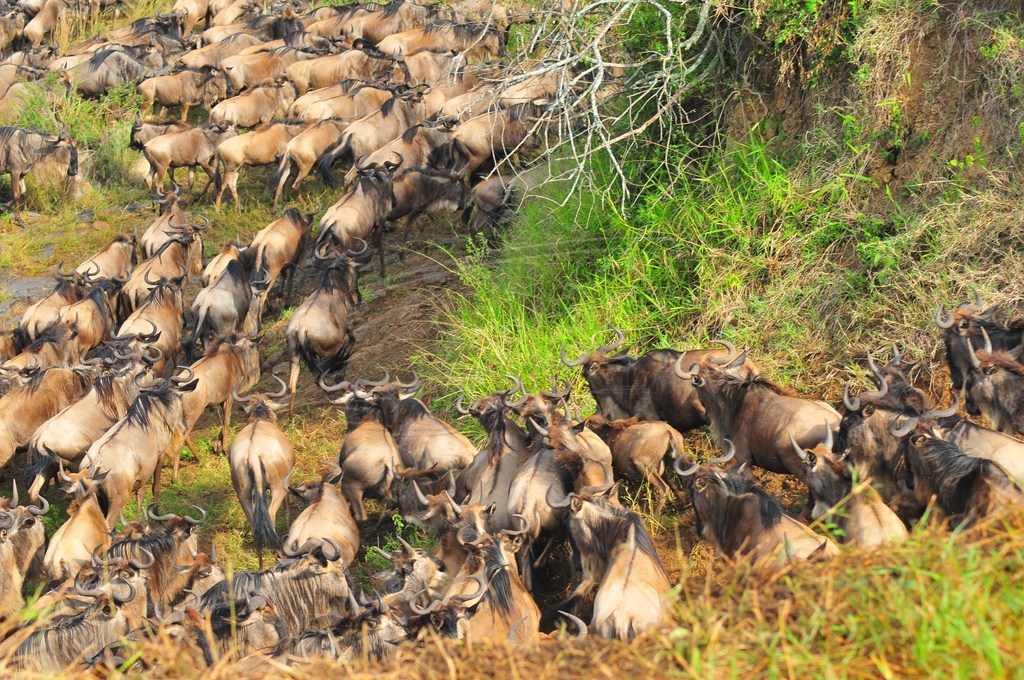 The Beauty of Safaris in Kenya

Kenya is about the size of the US State of Texas. It is one of the famous countries in Africa, for its beautiful mix of cultures, its pristine attractions and of course, its world record holders in international athletics events.

This East African country is the origin of safaris. True safaris! Safaris that take you to the depths of the wilderness miles away from any town, where the lion is the king of the jungle and elephants roam as they please.  Safaris that take you to millions of wildebeests grazing in the plains together with zebras and gazelles as giraffes browse thickets and bushes.

Why should you make this country your safari destination?

Why Visit Kenya- The People & Culture

This country has 43 tribes and dozens of African nationals, Asians and Europeans. Particular groups of Bantus, Cushites and Nilotes inhabit some regions such as the central, western and north eastern parts of the country.  The cities and towns have a combination of all the major communities and this boosts cohesion and intercultural relation. One language, Swahili, unites all communities.

The Maasai, Samburu, Turkana and coastal communities adhere to most of their traditional practices. A cultural visit, while touring Kenya, lets you mingle with these communities to learn about their culture and social activities.  They have unique way of dressing, cultural festivities and even architectural designs of houses.

Why Visit Kenya- The Wildlife

The big five species- the lion, leopard, buffalo, rhino and the elephant live in all major parks and reserves in the country.  The rare five animals that are the reticulated giraffe, Grevy’s zebra, gerenuk, Somali Ostrich and Beisa Oryx inhabit parts of the north, in Samburu National Reserve.

There are resident and migratory birds in all attractions within the Great Rift Valley from Lake Nakuru National Park all the way to Maasai Mara National Reserve.   In addition, Kenya is home to the great annual migration of wildebeests, Thompson’s gazelles and zebras from Tanzania’s Serengeti National park.  Other animals in this country are hyenas, cheetahs, jackals, hippos, serval cats, genets and wild dogs among others.

Why Visit Kenya- The Attractions and Luxury Accommodation

Every section of the country has a place of interest whether in the middle of a city or in a rural area. For example, Nairobi National Park is in the capital city just a few minutes’ drive from the city centre while the Maasai Mara is in the heart of Narok County, Maasai country.

Kenya is the cradle of mankind and it is home to historical forts and buildings of the 19th century. One of the country’s oldest towns, Lamu, has numerous places to visit and learn about life before colonization.

Apart from endless plains, the snow peaked Mount Kenya and the Great Rift Valley, there are long sandy beaches at the coast.

Accommodation is available in luxury resorts, lodge, tented camps and hotels. There are several of these places within large attractions such as Maasai Mara National Reserve and Tsavo National Park. In other cases, accommodation is available in lodges and resorts adjacent to major attractions, such as Lake Nakuru National Park.  Accommodation for groups and families is also available, in plenty.  Guests who opt to have a traditional safari can also stay in camp sites in the wild. There are eco-friendly lodges too. You will have the best place to stay and the best attraction to explore.