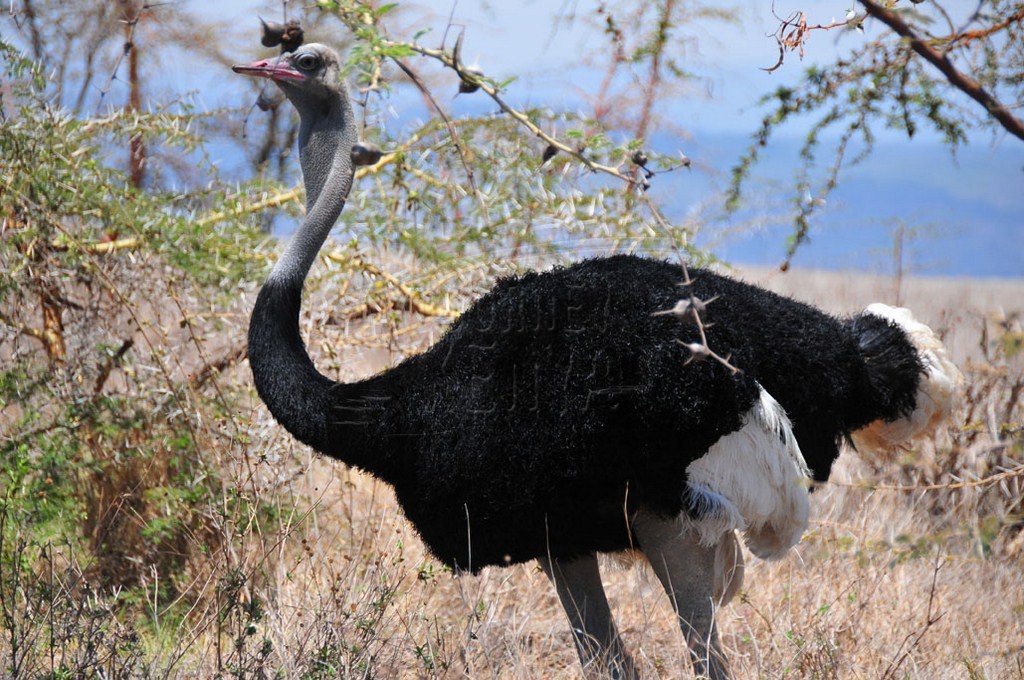 The Somali ostrich is one of the over 450 bird species at the Samburu National Reserve. It is a rather distinct bird, with its elongated neck and legs, and it can live for as long as 70 years.

A large, striking bird, the ostrich is famous for laying the largest egg and for being the two-legged animal with the fastest land speed.

When provoked, an ostrich can shoot out a powerful kick that can be deadly to a hunter. With their large eyes and incredible sense of sight and hearing, it can identify any approaching predators from afar.

Indigenous to the arid lands of the Horn of Africa (Ethiopia, Somalia and Kenya), the Somali ostrich contrasts from other ostrich subspecies in that:

Contrary to popular belief, an ostrich does not bury its head in the sand when they detect an immediate threat; they flee or lie flat on the ground, neck and head stretched out, a position that provides camouflage from predators.

Like the camels of northern Kenya, the Somali ostrich can bear high temperatures and survive for a long time without water. Depending on the weather, they use their feathers to trap or release heat.

The birds are endangered due to them being hunted for food (meat and eggs), clothing (leather) and cleaning (feathers).