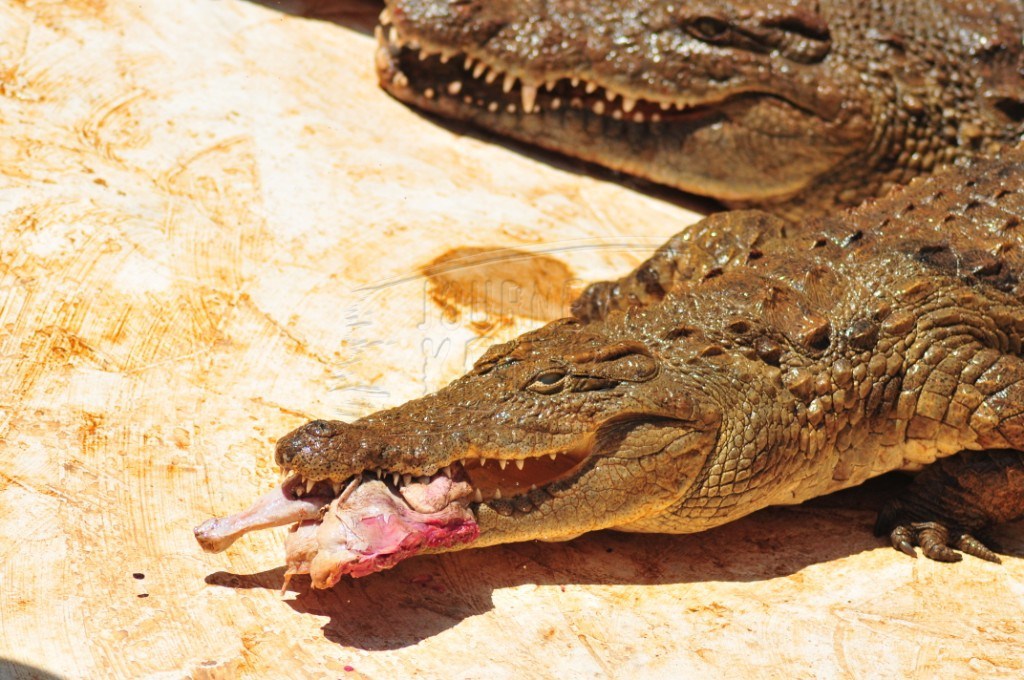 Are there Crocodiles in Kenya?

The Nile crocodile is the most common type of crocodile in Kenya. It is one of the largest reptiles in the world growing up to 5 metres and weighing 410kg on average. This aggressive, vicious reptile has been the cause of numerous human wildlife conflicts in the country. Several hundreds of people, mostly women, have been attacked by a river or lake when fetching water.

Crocodiles have an assortment of delicacies in their diet such as fish including catfish and bass, reptiles like frogs, birds such as storks and mammals such as monkeys, antelopes, gazelles and wildebeests. They ambush  and attack at the right moment after stalking prey for hours, days or weeks just to make sure the attack is swift and successful. Crocodiles can eat rotting carcasses unlike most carnivorous animals that only eat fresh prey.

They sink their teeth into flesh and dive into the water before coming to the surface momentarily still grasping flesh firmly, and you can sometimes hear bones breaking due to immense power exerted. The best place to watch crocodiles in action is in Maasai Mara from July to October. As millions of wildebeests, gazelles and zebras cross Mara and Talek rivers when entering Kenya, predators such as crocodiles hide in the water and leap up into action.

Pictures of crocodiles can give you a closer look at the blood cuddling teeth of these reptiles.  They do not hide under water all day. Crocodiles bask on the riverbed, with the older males occupying the best spots in accordance to this species chain of command.

A Nile crocodile is unsightly with a bronze coloured back and a purple under part. The flanks are yellowish and scutes form on the back and the powerful tail. The colours change as a crocodile grows older. Crocodiles can stay for about half an hour under water when threatened, and they can hold their breath for about two hours under water.

Known as mamba in Swahili, crocodiles are some of the few wild animals in Kenya reared in farms. Nairobi’s Mamba Village Resort is one of the places where you can learn more about this species. Located just 13km from the city centre, this resort rears a variety of wild animals that include about 70 Nile crocodiles.

You can also visit Mamba Village Crocodile Farm in Mombasa for a day’s tour.  It has about 10,000 crocodiles, which makes it one of the largest farms in the continent. Crocodile meat is also a delicacy in some restaurants in Kenya alongside other game meat.  Enjoy a succulent piece of grilled crocodile meat at the Carnivore Restaurant or in Mamba Village in Mombasa.