Lewa Marathon Race in the Wild

Break a sweat for the endangered black rhino

Since the year 2000, Safaricom has hosted one of the unique marathon events in the world. It has been listed as one in ten of the world’s toughest athletic events. At an average of 5,500 feet above sea level, the run is strenuous to say the least. The beauty of it is that the course is run through the Lewa wildlife conservancy. On the chilli morning of the D-Day, from the start line you are up against Kenya’s running élite in the shadow of Mt. Kenya.

Spectators watch in anticipation as helicopters clear the course of dangerous wildlife. Prides of lion lazily leave the trail to rest in the shade. The gun fires and all participants run in Africa for Africa under the sultry equatorial sun on the tough dusty trail over open savannah plains running, for a greater cause. It is harsh, hot and wild. Something the Maasai have been able to take in stride. Plan to run in either the full or half marathon, over 40 or 20Km. There is also a children’s fun run that covers 5Km, through breathtaking scenery. Run alongside the gracious gallop of giraffe and air borne impala.

An amazing game walk, run or jog. Perhaps the closest we can safely get to wildlife in Kenya. Over hills and through valleys of scrub and bush this truly is a run in the wild. It is not just fun, the endangered black rhino and Grevy’s zebra are partly who we run for. The recovery of these species is only possible through conservations effort at Lewa conservancy.

Lewa in turn depends on the success of the marathon, its’ partners and the locals. For only in conjunction with local communities to ensure sustainable development and curb human-wildlife conflict, can any conservation be possible. Proceeds from the marathon have contributed greatly to the health, education and water services for people in the Samburu, Laikipia and Isiolo areas. Every year in June, runners and spectators alike are invited to stay at the Il Ngwesi Lodge.

Every year, Lewa hosts more runners in a bigger marathon. The run has raised millions of shillings for community development in Northern Kenya while supporting conservation projects in conjunction with Tusk trust. Connect with the people impacted most by the marathon, in what can only be described as a special initiative that is setting the pace for conservation in Africa. 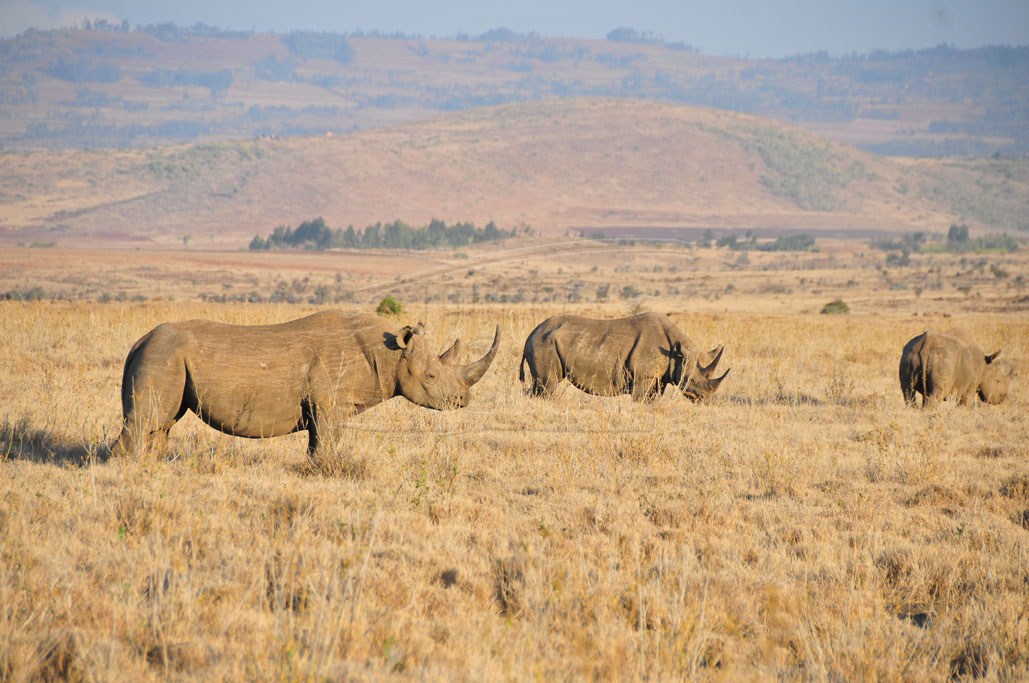