The 11th Edition of the Standard Chartered Nairobi Marathon had over 18,000 registered participants all yearning for the top three positions in various races. Professional athletes, hundreds of corporate groups and individuals streamed into the Nyayo National Stadium to experience yet another year of one of the largest events in the athletics calendar.

The races took participants through major streets of the capital city (traffic was diverted to other sections) and back to the stadium. Individuals, children and corporate groups opted for the 5km and 10 km races. The 5km is termed as the family fun race because kids can jog, walk or run alongside their parents; just having a great time outdoors. This year, children and parents socialized before, during and after this event enjoying the load of activities included in the day’s program such as the jog before the race.

The 21 km race, also known as the half marathon is popular with seasoned athletes and so is the full marathon- the 42km race. The men’s race registered 555 athletes while 152 women hoped to walk away with the top prize.

The Standard Chartered Nairobi Marathon is an internationally acclaimed event. It is the only Kenyan athletic event on the International Association of Athletics Federation’s calendar. It ranks alongside other great athletic meets such as Boston and New York marathons.

Athletes on tricycles and wheelchairs are also taken into account in the layout of the track since the Standard Chartered Marathon is an event for all just as its core responsibility is to support a social cause. It gives athletes a platform to propel their talent to the international podium while proceeds from this event support the Seeing is Believing initiative.

This year, two lucky Kenyans walked in anxious for a good race and walked out as millionaires in a little over 2 hours. Kenneth Mburu, a 40-year-old seasoned athlete, fought other great runners to reach the finish line before Hosea Korir who came in second. In the women’s 42km race, Winfridah Kwamboka was head to head with Florence Chepsoi but she crossed the finish line first. It was another successful event, another chance to improve the lives of people with sight problems, and another chance for participants to journey Kenya in a unique way. 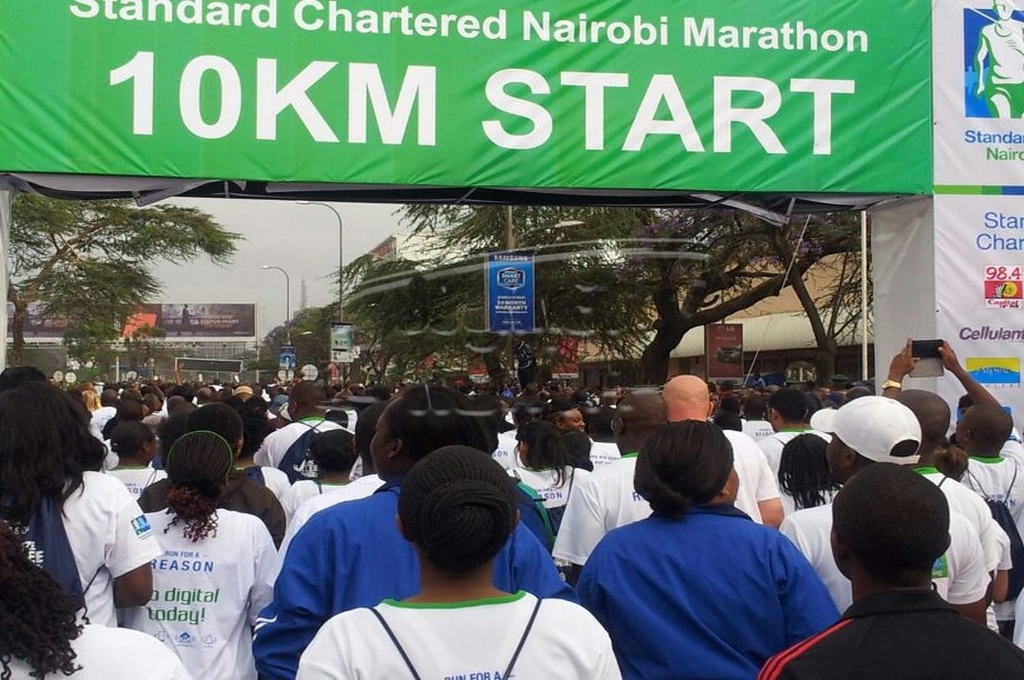