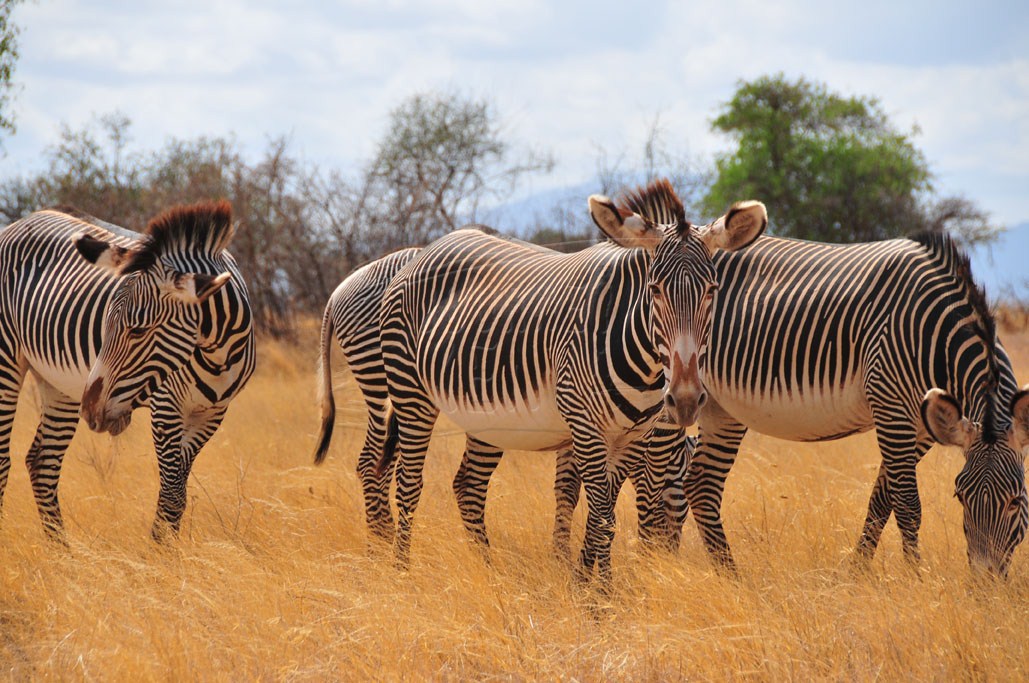 Where to Spot Grevy’s Zebra in Kenya

The Grevy’s zebra is the largest of the three zebra species.  You can distinguish it from other sub-species by looking at its ears because they are very large that they resemble a mule’s ears.  You will also notice that it is taller that the other types.

Its stripes are proportional, lean and they go all the way to the hooves.  The pelage is thick for protection against any predatory attack or fights within the territory. Most of these fights happen when a male is protecting a female within a territory from other males or when defending their water holes from predators such as lions, cheetahs and hyenas.

This sub-species does not have lasting relationships like other zebras.  The only known bonds are between mother and foals as well as within the territory. This animal rarely migrate more so when it has abundant food, water and security. When it migrates in search for food or for other climatic or social situations, it can travel many kilometres to distant lands. Like most African animals, it can last about five days.

Named after Jules Grey’s, a former president of France, you can find this species in Kenya’s Ol Pajeta Conservancy, Tsavo East National Park, Samburu National Park, Buffalo Springs and Shaba National Reserve.  There are many lodges and camps around and within these wildlife conservation areas, which means you can enjoy daily game drives to spot as many animals as you want.

Grevy’s Zebra is a native of Kenya and Ethiopia so during your trip to Kenya, you get the rare chance of seeing this endangered animal. It grazes in the savannah, and occasionally browses when grass is insufficient.

This animal often crossbreeds with the other popular zebra, which leads to a reduction in its numbers. Hence, some sanctuaries such as Ol Pajeta Conservancy have come up with a breeding program that restricts Grevy’s Zebras to an area where they cannot mingle with the other sub-species.