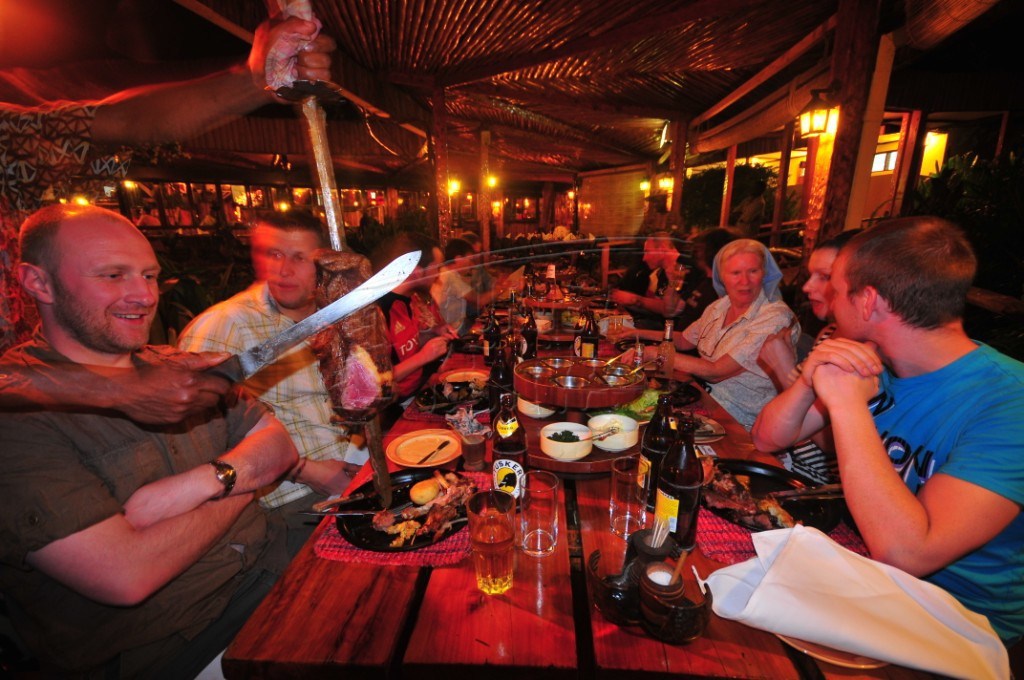 A Taste of Kenya

Street foods in Kenya may not be as popular around the world as the tantalising jerk chicken of Jamaica or South Africa’s spicy bunny chow, but they are worth sampling when you come for a beach or wildlife safari. Discover the culinary skills of any of the country’s 43 tribes when you visit street food vendors around the cities, estates and villages.
Some delicacies are prepared in live cooking stations perched on the roadside, while other sumptuous snacks are sold from take-away booths. The most popular street foods to enjoy in Kenya are

This savoury triangular shaped pastry is popular all over the country. It consists of flat bread stuffed with minced meat and deep-fried to produce a brown, crispy snack that originated in India. Beef samosas are the most common type, but you may also come across potato fillings, chicken, peas and lentils.

This deep-fried bun originated from the coast of Kenya, and it is one of the main foods on estate and city streets especially in the morning. In the suburbs, you will spot dozens of vendors cooking mandazi on the street.

Kashata is candy like snack made of grated coconut, sugar and food colour. It is an excellent dessert among the coastal communities, and street vendors sell it too.

This spicy sausage is made of minced meat stuffed into a large intestine and roasted over a charcoal burner. Mutura can cost as low as sh5 an inch.

Cassava chips are not as popular as potato chips but you can get them from vendors in city estates.

Served as a dry snack, yams and sweet potatoes are mostly alongside roasted maize.

Mshikaki is grilled meat served on skewers. The finger-licking meat is grilled with pieces of onions, bell pepper and tomatoes. Delicious!

This coastal snack is also found in city suburbs. Pre-boiled potatoes, tossed in flour, are deep-fried to produce a scrumptious snack.

Though vendors sell this flat bread without an accompaniment, you can have chapati with tea or any stew.

Fish fillet rolled into balls and deep-fried by the roadside produces a very tasty snack.

Explore Kenya’s culinary world and you will learn a lot about this country’s people and culture when mingling with vendors and customers.